Terpenes are the oils in various plants, such as basil and lavender, that give them their signature scents and flavors. Cannabis boasts over 100 different terpenes that vary from strain to strain. They differ from THC in that they don’t get you high, but, like CBD, are thought to have a variety of health benefits. For instance, limonene has a pleasant citrus aroma, and may also elevate your mood. Myrcene is an earthier terpene, which is believed to have a calming effect. 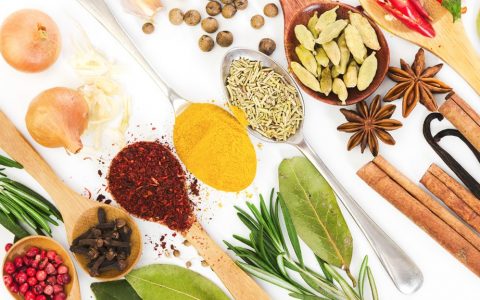 Terpenes derived from other plants—that basil, for instance, or an orange essential oil—have long been one of many items in the chef’s arsenal, and thanks to their natural pungency, terpenes are now popping up more and more often in the culinary scene. Specifically, chefs are discovering cannabis terpenes as useful additives to food, cocktails, beer, and more.

Aaron Ziegler of Bull & Dragon is a Los Angeles-based chef who specializes in private dinners and events, and, on occasion, offers private cannabis-infused meals. He said he experiments with cannabis terpenes in the same way he might incorporate any other herb or plant, noting that chefs are trained to use their nose and tongue as a science lab, quickly sussing out how a particular item might be used. “It’s a lot like discovering any other unique ingredient, like a spice from Malaysia or Peru or something, where you haven’t used that smell or flavor profile before. It’s like, ‘let’s explore this,’ and ‘how many ways can I work this into my food?’” he said. 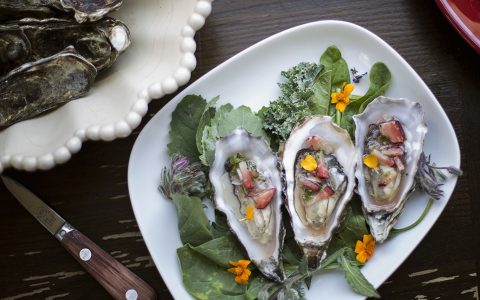 Ziegler might use a controlled heat extraction method for a “cooked” quality, or a CO2 extraction, which can work with a clean flower that has been grown with absolutely no sprays or chemicals. Those latter terpenes “have this bright, wonderful flavor,” he said. “Some of them—in particular, some of the indicas I’ve found—can be spicy, [with a] really peppery note to them.”

For instance, he’s found success using the strain Green Crack, which contains the terpene myrcene, when making mozzarella cheese. “I use a CO2 extraction, so it’s the natural oil of the plant,” he said. “I bloomed that in lemon juice, and I used that as my culture to make mozzarella cheese. So now, I have this terpene and sativa-infused cheese that has this herbaceous mozzarella flavor. It’s really floral, and it works just like any other herb-infused cheese.” 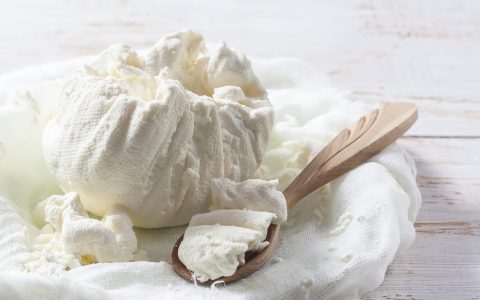 He’s also used the Grape Ape strain, along with lavender, to make an ice cream that he says tastes just like blueberry ice cream, despite the fact that there are no blueberries in it. Ziegler even sees potential in fresh, uncured flowers as a garnish on various dishes. “There’s no transfer of [THC] at that point; the body can’t digest it in that form,” he said. “To use [cannabis] in that sense is really fun, and that’s all about the terpenes.”

At Prank Bar in downtown Los Angeles, owner Dave Whitton first learned about terpenes via his brother-in-law, who opened one of Nevada’s earliest dispensaries. Prank Bar now uses them in cocktails, like the Mon Frere, with gin, orange bitters, and limonene terpenes. They also add them to three different house-made kombuchas, which are available on draft. Though Prank’s offerings contain no THC or CBD at this time, Whitton says his staff enjoys them primarily for the health benefits they seem to produce. 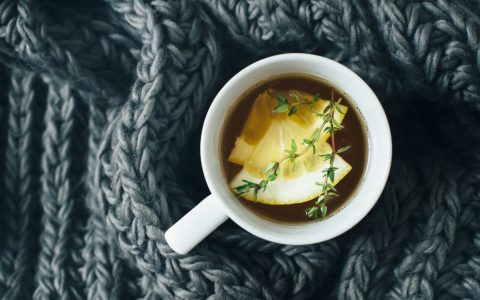 RELATED STORY
The Leafly Guide to Pairing Tea and Cannabis

He also said he’s noticed an elevated mood and increased energy since becoming a daily drinker of terpene kombuchas. Their house kombucha, for one, is made with mango, ginger, peach, and coconut with limonene terpenes added. “There’s a really sharp edge to the ginger without the terpenes, but when you put the terpenes on top, it creates a cover,” Whitton said. “It’s different from bitters. Bitters create a body underneath, but with terpenes, the oils hover on top and add this delicate softener to those edgier ingredients.”

Prank’s “Calm Booch” is a delicious blend of tart cherry, lavender, and myrcene, a terpene also found in mangoes that studies indicate may have a sedative effect; their “Cross Fizz,” a pineapple mint kombucha, incorporates limonene and pinene terpenes. “That pinene terpene is a bronchodilator, along with the anti-inflammatory [properties]. It’s great for breathing which is why we call it Cross Fizz. If you’re going to go work out, you’re going to get that boost,” Whitton said. “Not only are the flavonoids really fun to play with, but the health benefits [of terpenes] are extraordinary.” Whitton said that in the last six months, Prank has sold twice as much kombucha their most popular beer. 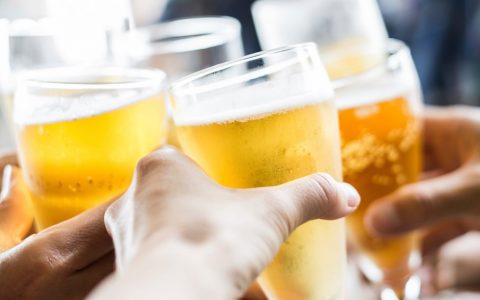 That isn’t to say you can’t pair beer and terpenes. It’s an avenue Prank is looking to explore in the near future, and it’s one that California-based Lagunitas Brewing Co. already has. In August, Lagunitas released SuperCritical, an IPA brewed with terpenes. Lagunitas Director of Communications Karen Hamilton says the beer has “a faint cannabis-ish aroma,” but is a still “smooth, flavorful IPA-style beer” that’s been getting a great response from their customers. The same has been true at a bar called Flore in San Francisco, where CBD beer is on draft, and CBD and terpenes add flavor and wellness benefits to cocktails and mocktails on the 4:20 Happy Hour menu.

“You can consider terpenes like a new spice in your spice rack,” says Hamilton. “It brings an interesting flavor to the beer that we have not used before.”